Welcome aboard Xeno Command, a real-time strategy offline game fused with roguelike elements. Here you can lead a strong army with powerful heroes to defend the galaxy against Alien invasion in the challenging battles.

In the era of interstellar colonization, planets are in crisis. Heroes from different factions stand out to lead powerful armies against aliens and rescue the sufferers. You, the savior of the galaxy, are going to be the hero. Lead your army and combat alien invasions!

Each Hero has their unique sets of commands, skills, constructions and units. Keep defeating enemies to obtain more resources to build up your army and construction. Make full use of your commands and techs with strategy to win the battles.

Game Features
★ Offline game – Play anytime anywhere with no worry of internet connection;
★ Easy control – No need to split troops and easy to get the hang of the controls with specially designed commands;
★ Roguelike elements – Ever-changing battlefields with randomly generated levels, battles and missions;
★ 4 Unique Factions – Each faction with unique Hero, commands, skills, constructions, and units;
★ 100+ random Techs – Select 1 out of 3 random Tech rewards with special buffs and skills. Every decision might alter your fate;
★ Galaxy exploration – Various planets with distinct styles and landscapes including Barren, Lava, Machine, and Warped Space;
★ Combat Units – Bots, Marines, Flying troopers, Laser Towers, and Supply Depots. Lead the army of all kinds of soldiers to attack & conquer your enemy;
★ Defensive Constructions – Dozens of defensive buildings for you to unlock to fully protect the base;
★ Challenging enemies – More than 100 types of Alien creatures and bosses will spice the battles up;
★ Difficulty levels – Normal, Hard or you like it Crazy? Tactical planning is the key to winning the war. 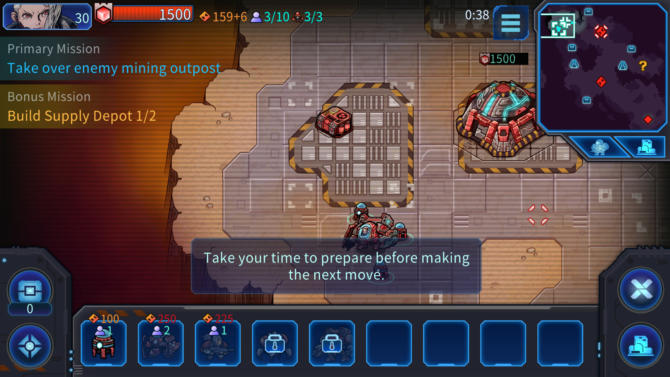 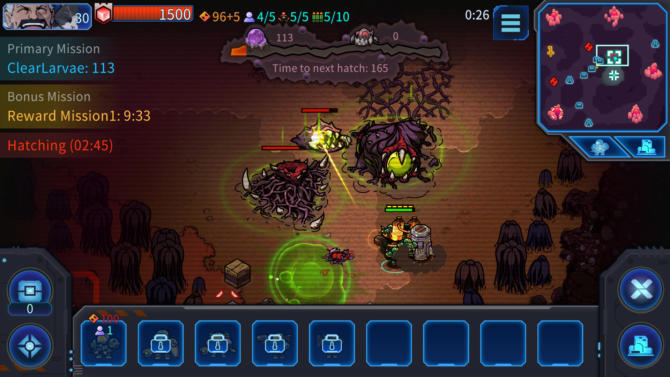 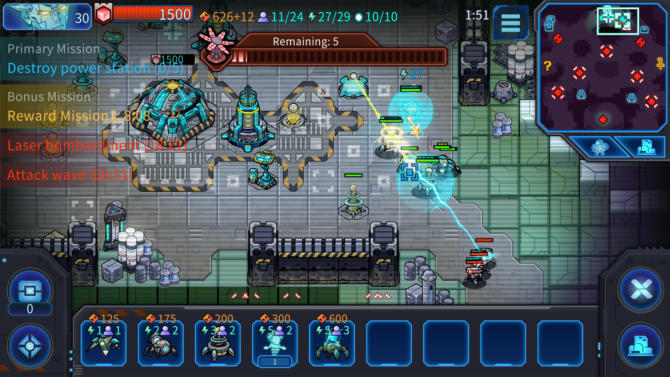