It’s been six years since the Undead War shattered the world. Nightmares stalk the land, and sickness and death pervade the world. At the center of this nightmare, the Witching Tower’s Queen directs the chaos, feeding, and growing stronger.

You have been chosen to survive by forces you don’t understand. You are Anna, a fugitive. For years, you have been hunted by the Tower’s forces, lead by the Queen of the Undead. Now, dragged to her in chains, you seem destined for a worse death than most. The Queen believes you possess a secret that can reshape the world, for good or for ill – and she’s determined to extract it from you.

More than your life depends on you breaking out and surviving.

Immerse yourself in the dark fantasy world of the Witching Tower, a VR Action Adventure in which you solve puzzles, fight enemies, and uncover secrets. Explore the labyrinth of the Tower, unraveling each level’s new mysteries and unique gameplay mechanics. Brace yourself for an unparalleled experience with breathtaking visuals and environments.

Enhanced combat system.
Fight your enemies with your blade, parry their attacks, and unleash a flurry of devastating counterstrikes or shoot a bow – the choice is yours. The Witching Tower’s first-person action is tailored for VR. Learn your enemy’s weaknesses and deliver a crushing blow.

Exploration.
Explore the Tower and learn about the evil it unleashed on the world… if you can. The Tower and its inhabitants won’t make it easy. Skeletons, spirits, mutated creatures, and vicious traps stand in your way. Behind them, their Queen awaits.

Unique Skills.
Facing an undead soldier? Seize its mind, and it will work for you. Magically enhanced vision will give you a new perspective on the world. With finesse and ingenuity, a magical lasso will allow you to destroy your enemies with the environment. 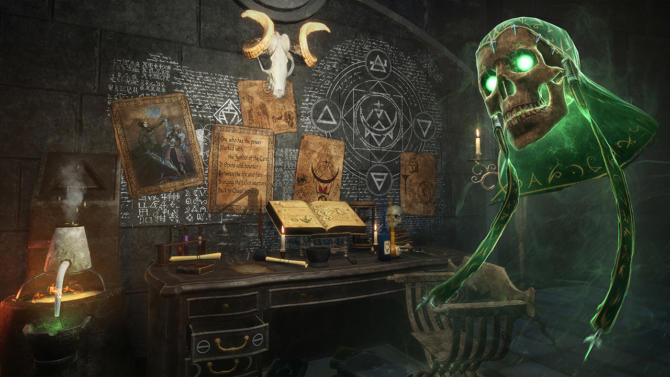 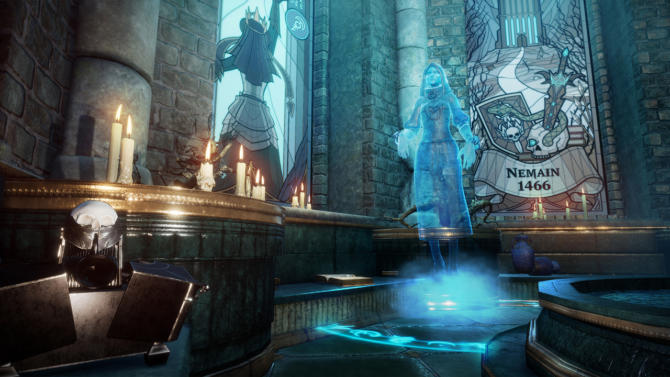 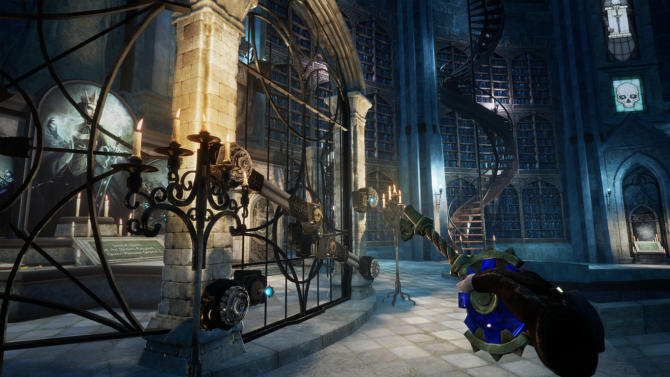