Wing Breakers is extreme battle air racing mayhem with crazy cows.
Speed and quick thinking – it will take time and practice to master the art of combat racing.
Are you ready for the challenge?

In a world of thrill seekers combat air racing with no rules was born.
Survive chaotic air fights full of missile loaded planes and threatening drones. Overcome bizarre challenges from crazy animals, swinging blades and fire rings for the win.
Beat them all and become a hero of Wing Breakers!

FIRE POWER, SPEED AND A DASH OF STYLE
Battle your rivals and lurking drones with fire power, enormous speed and invincible flying style. Every action counts!

DIVERSE GAME MODES
Throughout a large solo campaign, Grand Prix competitions and time trials, you will become an experienced combat air racer.
There is always a new record to beat. Dozens of official and user created tracks will keep you competing for best times. Numerous ranked stats like low flying, drone kills, planes shot down and many more will keep you busy for a long time.

SUPER CUSTOMIZABLE
Collect performance parts, skins and tons of decorations like awesome stickers, toys, colored smoke trails and more for your plane and your home base (aka Hangar).

EXPLORE EVER GROWING LIST OF TRACKS
Do you prefer short explosive tracks or long tactical ones?
You can show off you design skills and build new tracks with a procedural track editor. Track editor gives you countless ways to make your tracks exciting and fun. Use different obstacles and buildings like bridges, factories and barns to fly through. 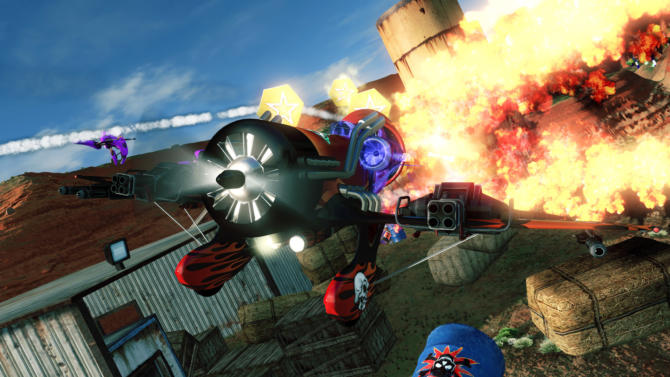 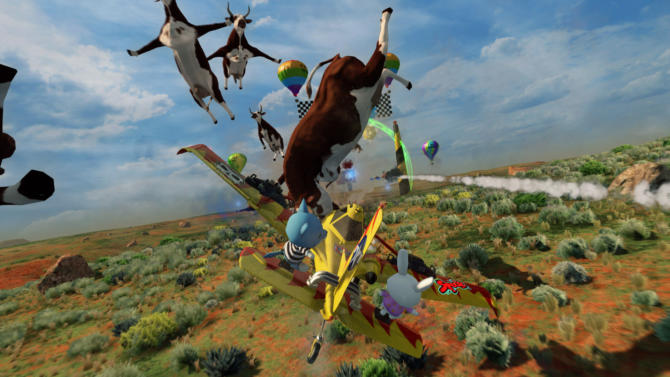 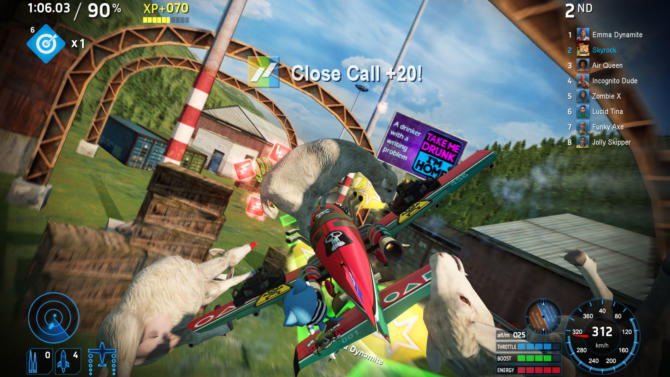