‘The Cloud Dream of the Nine’ is an Otome visual novel, the story of which is based on the classic novel of the same name written by Kim Man-joong but the gender of the characters are reversed in the story.
The vast love story of one female character with nine male characters
Your choice changes his fate and creates a new ending.

As you proceed with the story, you encounter many hardships and you get to make many choices. The fate of the target is determined by what choice you make at the key points that will lead to different endings. Mini games are arranged to relax in the story, providing a play that is not boring.
The voices of the target characters are provided in full Korean voice, and additional contents can be obtained after you clear the characters.

– Each character has its own story.

A variety of target characters and routes

– 9 charming male characters who you can target

– The ending of the character depends on your choice

– A 40,000-character side story which you can get after clearing all the scenarios.

– 200 CGs that you can see while proceeding with the stories.

– Reorganized CGs that were hard to find on PC and mobile.

– Voice, CG, OST of male characters added with the stories

Yang Soyu, a girl living in a village in Hwaju Castle of State of Cheonin. Her father is the Fairy God from Mt. Gonryun and he left for the fairy world when his connection with the human world came to an end after the death of his wife, also Soyu’s mother.
The villagers do not believe Soyu’s words that her father is the Fairy God, and make fun of her as a liar, making her a loner. It was only Chaeyoon, her childhood friend and also like her family, who understood and trusted her.

Ten years since then… A warm sunny day.
Two people who spend a pleasant time writing poems under the shade of willow trees along the gently flowing river. A daily life where everything is pleasant and peaceful as if the complex and noisy reality are cut off. One day, when the moment seemed eternal, another world unfolds in front of the girl’s eyes with a single scream in the hot flames of fire.

Screenshots for The Cloud Dream of the Nine 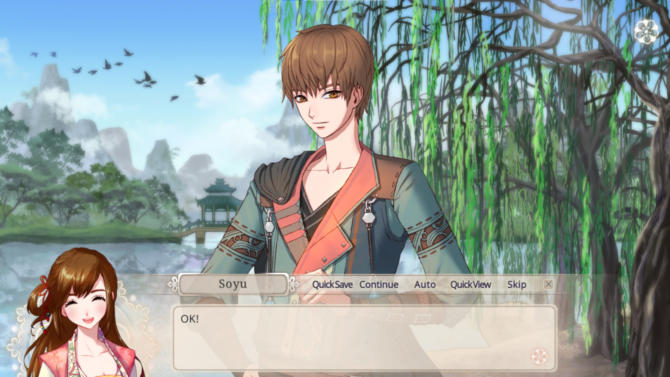 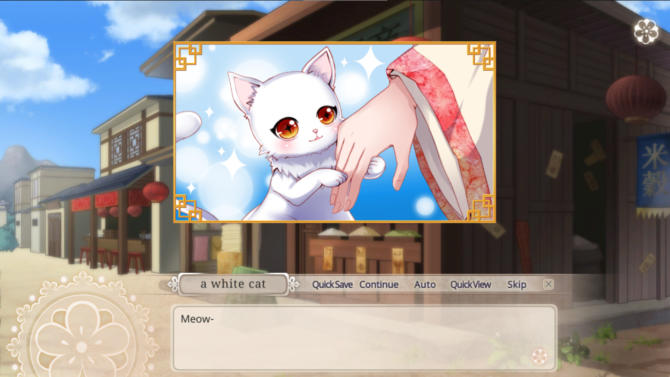 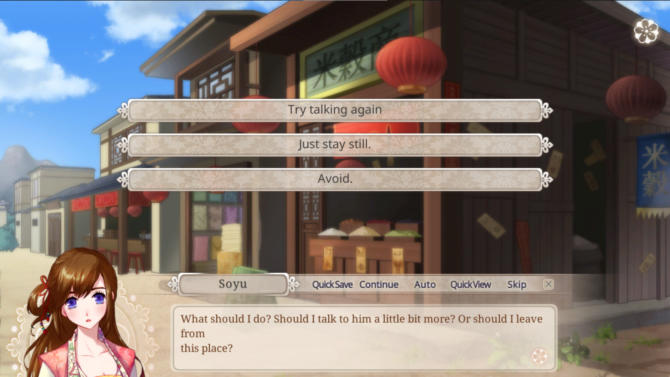