Territory is an isometric 2D real-time single-player strategy about genes and animal species. Animals are behaving the way they would in nature, but you can indirectly control them and mutate them to achieve various goals. 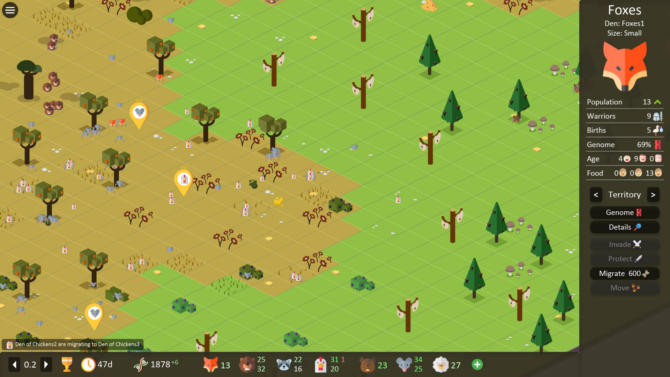 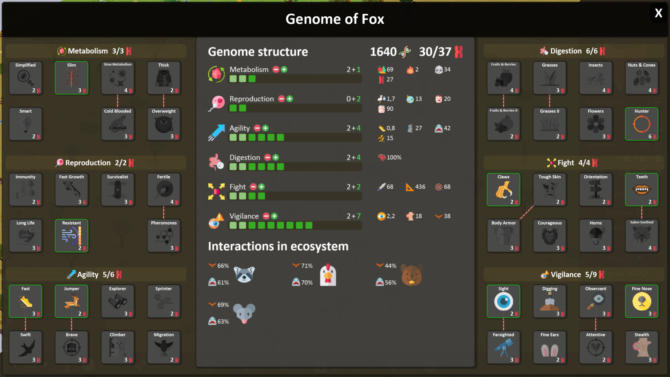 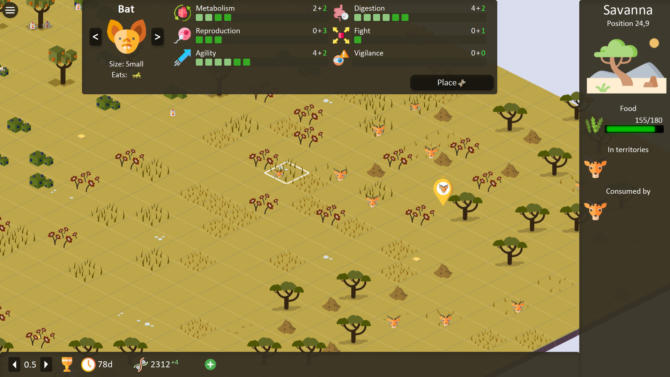