Survivalist: Invisible Strain is an open-ended game about building a community after the collapse of civilization. You can recruit survivors by making them like you, or respect you, or fear you. You’ll need to keep them warm, keep them fed, and build a settlement to keep them safe from zombies, looters, and whatever else is out there. Use stealth, weapons, or words to achieve your objectives. Currently it uses a randomly generated world, with a story mode to follow later.

All living characters in the world have names and personality traits. They remember your actions, and their memories affect their mood and their opinion of you. They have their own lives: gossiping, eating, sleeping, keeping warm, working and fighting. Some will give you quests; it’s up to you how or whether to complete them. They can be recruited if they like, respect or fear you enough.

Fight with guns, bow and arrows, or melee weapons

You can target your enemies legs to slow them down, or try to hit their heads for greater damage. You can dodge or block in melee combat – and so can your enemies. Different characters have different skill sets and can level up to improve their Archery, Firearms or Hand to Hand abilities.

Use stealth to hunt zombies, rabbits, or people!

You can sneak up on enemies and assassinate them, or just knock them out cold and steal their stuff. Throw bottles or chunks of meat to distract zombies. Wear camouflaged clothing to boost your Stealth skill. Rabbits and zombies both have a keen sense of smell, so make sure you check the wind direction!

As you recruit followers they’ll need a place to sleep, a steady food source, and a fire to keep warm. Chop down trees, mine rocks, and look for other resources in the abandoned towns dotted around the map. Set pit traps for zombies and raiders to fall in, or set rabbit traps for food. Assign your community members different roles such as Farmer, Chef, Arrow Crafter, etc. Over time you can build a well-defended, self-sufficient settlement that even produces its own bullets.

When you start a new game you can set up your character’s appearance, clothing, equipment, skills, and personality. Or just hit the randomize button until you see something you like. Every game will have a new randomized map with roads, rivers, abandoned towns, and survivor settlements. 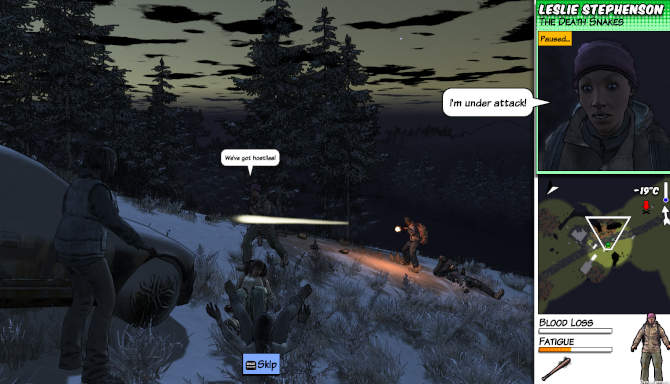 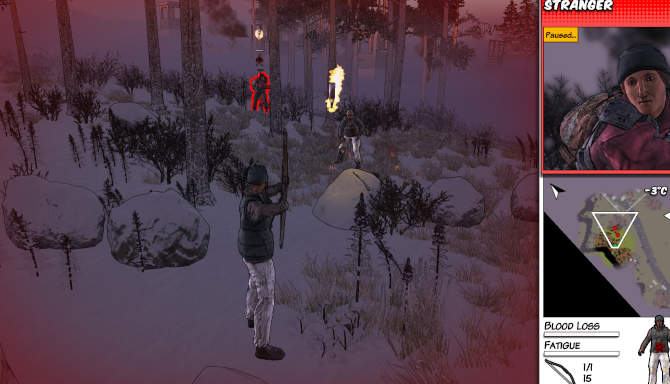 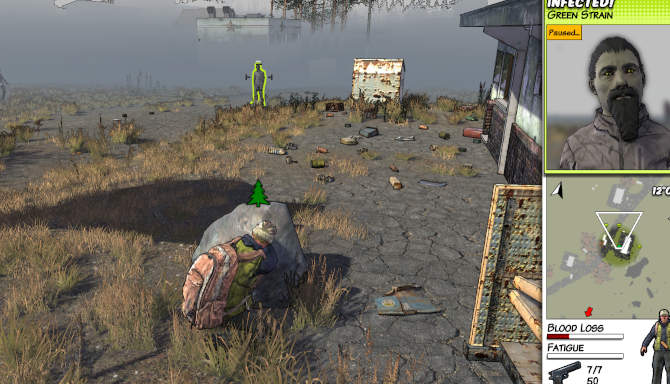