Strategic Mind: Fight for Freedom is a history-driven turn-based strategy set in WW2. You will fight across Europe, Africa, and Burma. Will you spend the time on proper reconnaissance before the attack, or rely on aggressive tactics? Will you use night time or rain to your advantage, sneaking up on enemy positions, or just complain that the weather was unfavorable? Will you help the locals or leave them to their fate? It is up to you to save the stronghold of Democracy and Freedom in Europe from the totalitarian oppression of the Axis powers.

The game has 2 campaigns: the British one features fully historical battles, while the US one has historical operations up to the defeat of Germany and also features a number of alternate history battles against the USSR afterward. It is created with great care and attention to historical detail by a team that is passionate about WW2 history.

Lead the British Army as Sir Harold Alexander
Go all the way from Norway landings to the liberation of northern Italy. Command your troops in bitter defeats and in the moments of triumph. Take charge of the Dunkirk evacuation. Fight the Japanese in Burma, and Italians in Africa. Turn the tide of war against Germany at El Alamein. Finish the war in North Africa and lead the victorious landing in Italy in 1943.

Lead the US Army as General Dwight Eisenhower
Go all the way from D-Day landings to the fall of Berlin. Ensure the success of Operation Market Garden, repel the last German offensive at the Ardennes, and strike the killing blow into the heart of the Reich. Then move into the alternate history of 1946 and face your strongest adversary yet – the Red Army. Command US and Allied forces and minimize your losses. Employ the units of all Allied and liberated countries to achieve maximum synergy. Exploit all available means to bring Freedom and Democracy to Eastern Europe.

HISTORICAL OPERATIONS AND “WHAT IF” SCENARIOS

Take part in historic events
Make sure all of your troops manage to escape the Dunkirk trap. Show the Italian troops they should choose their allies more carefully by conducting operation Compass flawlessly. Change the course of the entire war in Africa by defeating Rommel in the Second Battle of El-Alamein. Go back to Europe by landing in Italy. Commence the D-Day landing and fight your way to Berlin to put an end to the Nazi regime and its crimes.

Sate your curiosity of alternate history flow
What would have happened if the Allies had to go to war against USSR in 1946, following the ideas of Operation Unthinkable? Now you can take the lead and explore such possibilities. Free the Eastern European countries from Communist rule!

Immerse yourself in history
Enjoy the narrative-driven gameplay with lots of dialogues between the historical characters throughout each operation. The dialogues are affected by your actions. Dive deeper into the events of 1939-1946 by watching plot-driven cinematics before and after every operation.

Manage your Army
Choose the composition of your forces. Acquire new units, upgrade or dismiss the outdated ones. There are 10 unit classes available in the game, with lots of models in each.

Upgrade your units to newer models
Get new unit models as soon as they become available. As the campaign progresses you gain access to more advanced units at historically accurate periods.

Choose the best equipment for each operation
Make sure that your forces have all the necessary tools for the upcoming battle. All units can employ various equipment and transport.

Train your troops and choose new abilities for them
Oversee your forces getting combat experience and choose news skills for them that best suit your strategy and tactics.

Assign heroes
Assign heroes to the units of your choosing and get access to special skills. All heroes are real historical personalities.

Develop your headquarters’ skills and employ advanced combat tactics
Learn new HQ skills before every operation and use your newly-acquired knowledge to make a difference on the battlefield.

Use the enemy`s most advanced units against him
Capture the best enemy units and add them to your forces. Then crash the enemy using his own strength. 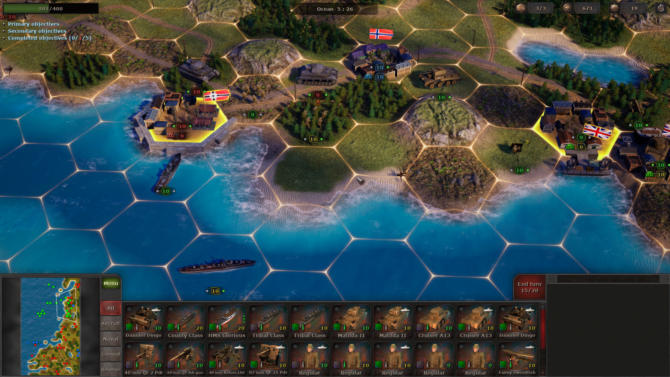 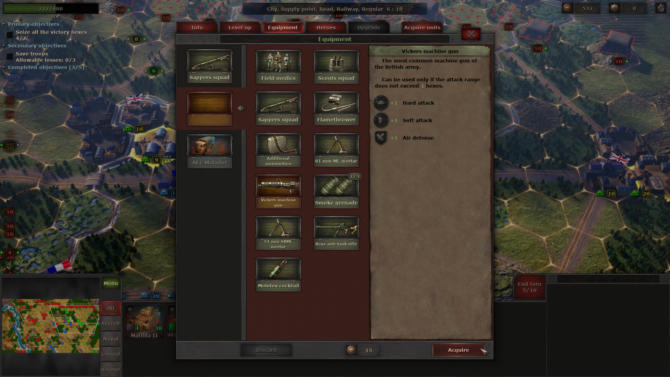 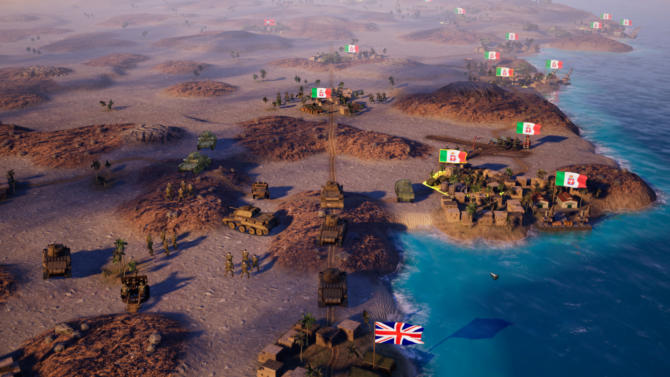