The game recreates the campaigns and battles of Erwin ‘Desert Fox’ Rommel’s legendary Afrika Korps, in Libya between 1941 and 1942. Play the Axis forces to conquer the most valuable prize of all: the Suez Canal. Or command the 8th Army soldiers, the famous Desert Rats, to repel the invaders.

Afrika Korps contains many scenarios, covering different periods of the war in the North African desert in Libya and Egypt, from 1940 to late 1942. Small scenarios cover the famous battles of the Crusader or BattleAxe operations, or the fight for El Alamein campaign. Medium size campaigns deal with the 1940 Italian ‘Operazione E’, the failed invasion of Egypt and the O’Connor counter-offensive. Or a second one with a campaign start in the Spring 1941 when the Afrika Korps first arrives, while the third covers the war from 1942 onwards. Finally the Grand Campaign scenario will allow you to lead Rommel or the Commonwealth forces from El Agheila in 1941 to El Alamein in late 1942.

Scenario durations last from 4 turns (for the smaller ones) to over 42 turns, each representing a two-week period between April 1941 and December 1942 (plus the 1940 months in the Italian Offensive scenario). One player represents the German and Italian units (land and air) of the Axis in North Africa, while the other commands an array of British, Indian, Australian, South-African, Polish, Greek, Free-French troops and Royal Air force units fighting for the Allies.

Be careful of the potential weakness of some quality but small units and, above all, watch your supply lines, as no war can be undertaken in the desert without adequate logistics. The mastery of your supplies and communication networks will be the key of victory…or defeat.

The game’s event cards allow full replay ability thanks to the numerous various situations that they create on the diplomatic, military, political or economical fields. 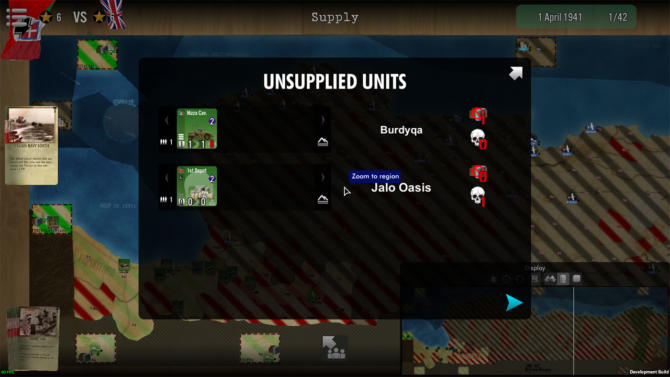 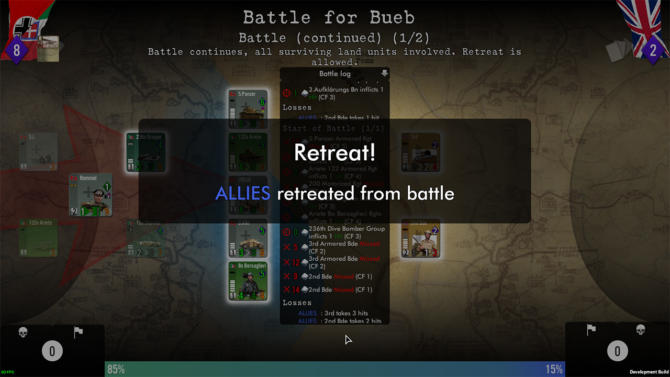 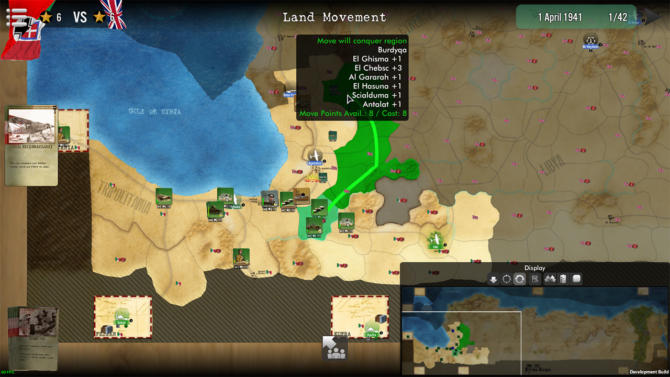