Strip mine an infinite world, build enormous sprawling factories, trade with a multitude of factions, and defend against pirates who would steal your hard-earned resources.

But Titan is a prime spot for warring factions. Where settlers once purchased farms from you, soon you’ll find factions requesting tanks, jets, and space warships. War may be inevitable, but for an industrial powerhouse like yourself, war is also profitable.

No more mindless conveyor belts which always get stuck. Build a factory with smart Maglev Tubes know where to send goods and exactly what quantity is requested, sort across junctions automatically, and handle loops smartly.

Build enormous sprawling factories however you choose. Construct intricate webs of Maglev Tubes, or carefully planned grids. And if maglevs are not your style, try a fleet of automated rocket trucks, or perhaps a swarm of cargo aircraft.

The world is infinite, procedurally generated, and varies wildly with each new game. And it’s completely alterable. Carve strip mines, flatten mountains, or fill in seas.

Build cities for colonists, sell weapons to rebels, or sell nukes to terrorists. But pirates and other enemies would rather take your goods or your factory by force. Keep your gun turrets supplied, keep your combat jets patrolling, or order up some orbital strikes!

Two factions are in a battle for control of Titan. Pick a side and join the fight. Or if that’s not your style, be an arms dealer, and supply weapons to both sides. Just watch out when the war spills over into your factory! 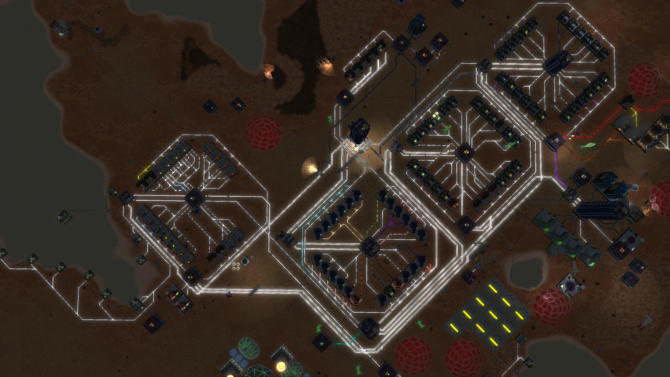 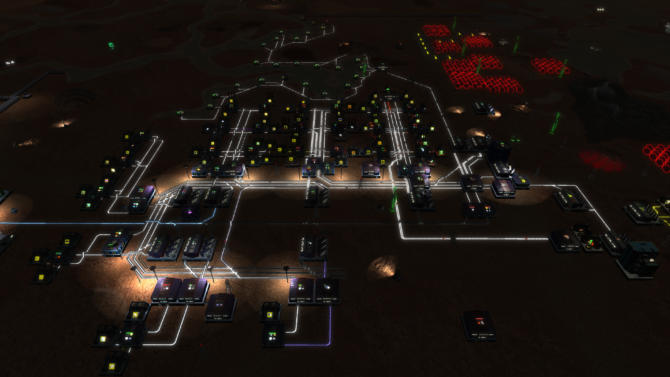 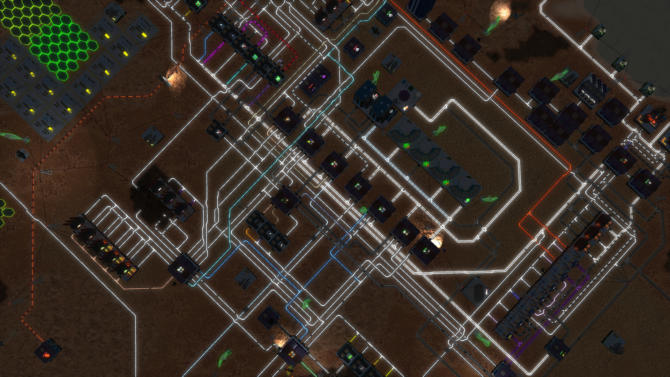