Gore Screaming Show is a horror visual novel by esteemed developer Black Cyc, the minds behind the infamous SaDistic BlooD. In this, one of their most famous works, a boy named Kyoji seeks to unravel the mysteries that have taken root in his hometown while he was away. Mysteries tied to a young girl named Yuka, and her companion, the horrific Gore Screaming Show. The game plays out in a visual novel style format, with fully-voiced characters and beautiful 2D artwork by Ueda Metawo.

Story
With his parents moving to America for work, Jinno Kyoji returns to his hometown, Kurehito City, after several years of absence to live with his mother’s cousin, the free-spirited Saitama Yamiko. There, he encounters several girls he shares a history with.

Kazuyagi Akane, the strong-spirited tomboy he grew up with.
Namiki Aoi, a gloomy girl who’s Akane’s best friend.
Misono Kiika, a graceful, good-natured classmate of his from his old school.

In three years of absence, his hometown and its people have changed ever so slightly. Despite some hiccups, Kyoji’s peaceful days in his hometown begin.

At least until he meets a mysterious girl on his way to his first day at school. Violet hair. Large, striking eyes. Skin that’s paler than the driven snow.

“Welcome home,” she says. “My name is Yuka. Remember it.”

And wherever Yuka is, one mysterious, inexplicable figure is always nearby—a monstrous man by the name of Gore Screaming Show.
Kyoji’s encounter with these two figures marks the end of his peaceful days—as they bring chaos, violence, madness and despair into this world.

Will Kyoji and the girl he loves be able to escape the madness and return to their peaceful days? Or will they— 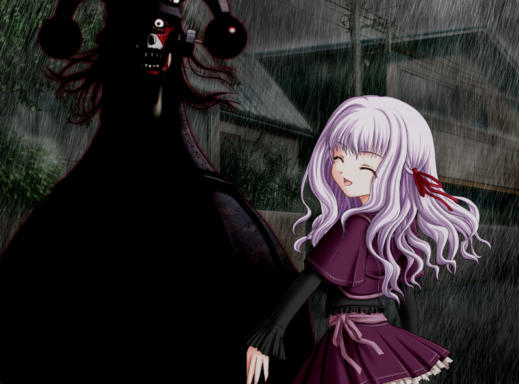 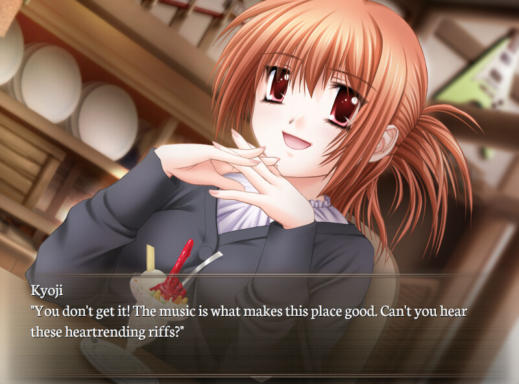 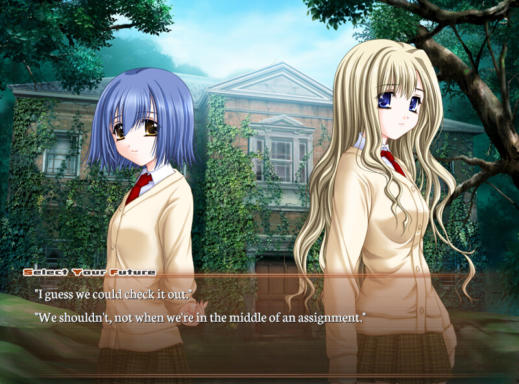