Fated Kingdom is an old school digital board game sandbox for 2-4 players with shared physical space and no rules enforced by computer. The Kingdom of Kinmarr is falling apart, and to survive in this dark times, players need to roll the dice, draw cards from the decks and move along a game board.

Fated Kingdom is a board game for 2-4 people, telling about the hard struggle of the inhabitants of the kingdom of Kinmarr with a lot of threats, from the invasion of monsters and undead hordes as well as the armies of neighboring countries, and ending with an ancient curse that slowly plunges the kingdom into the abyss of despair.

Players take on the role of guild members. Each of the guilds has its own history and a set of abilities. Despite the great differences between guilds, they are all interested in saving the kingdom. They are sent to the protracted patrols of ruined and war-disfigured lands and hunt the enemies of the crown in exchange for gold and the favor of the ruling dynasty.

One of the key mechanics of the game is the level of Fate. It reflects the willingness of the inhabitants of Kinmarr to fight with numerous misfortunes. Fate grows after each player’s defeat in battle, and when it reaches a critical value, the kingdom disintegrates under the onslaught of circumstances.

The main goal of all players is to hunt for hostile creatures. Starting with the weakest opponents, players get the first combat trophies that can be exchanged for equipment. It will increase the chance that the next patrol will be successful, which means reducing Fate.

Players constantly choose how to manage available resources – coins, skill cards and items. Often the choice of one player can completely change the course of the whole game.

There are many ways to play Fated Kingdom. Players can agree among themselves and act together, helping each other in difficult times. This will make the game longer, but will certainly please fans of the team game. But the rules do not force participants to play that way. And if for success you need to substitute, betray, or even deliver a sneaky stab in the back, then why not do it? 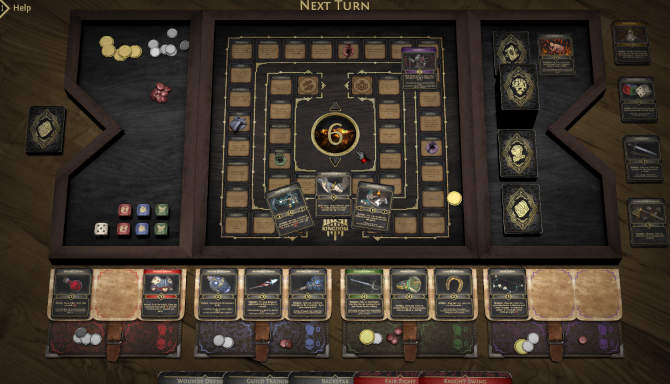 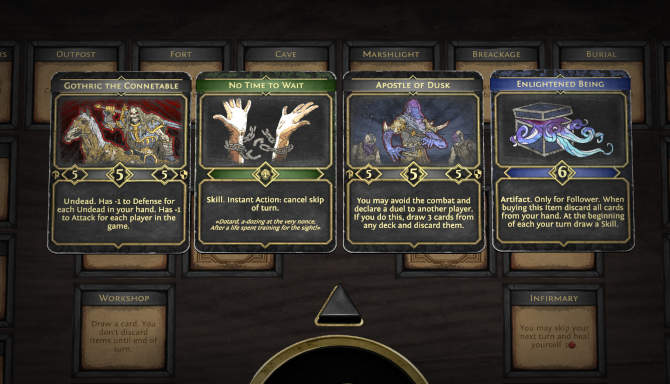 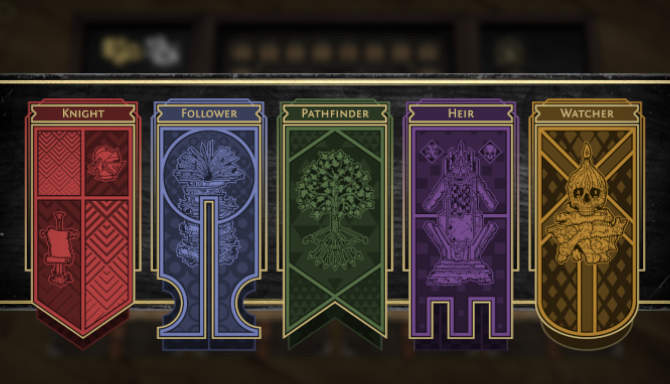