The most offensive defensive Grand Strategy game around, with a black humor infused plot, set in a grim, disillusioned world.

Empires in Ruins is a story-driven novel take on Grand Strategy that merges Empire Building, Tower Defense and RTS battles.

Conquer, build, defend and lead the grumpy Sergeant Hans Heimer in his own personal vendetta against “the system”.

In a corrupted little Principality governed by spruced up popinjays, snobby clergymen and power greedy army officers, something just happened. A god forgotten borderland, the Western Marches, just got inflamed with rebellion, cutting every contact with the capital and declaring independence.

And in such a critical moment, who to send in order to quell the rebellion if not a grumpy alcoholic sergeant with discipline problems and bad bad temper?

Why him? And what is the neighboring kingdom, the Krovans, plotting to do with the Principality of Koth?

Empires in Ruins is composed of two main parts. The turn based Main Map, where the campaign develops and you are called to managed the conquered provinces and the Battlefield, where the real time blood flows and you need to kick the enemy in the arse or be the one kicked.

Empires in Ruins whole plot-driven campaign of turn based strategy and empire building, is managed in the main map. Through it you will access
the single combat maps (according to the plot flow or in order to defend/replay maps), manage diplomacy and access the single province to improve or check their assets and governors.

Battles are fought in real time, using a hybrid of Tower Defense and RTS mechanics.

Few things make progression in a game as interesting as unlocking new technologies to empower your troops, weapons and economies. Provided your hated engineer chief, Gottfried Megler, with the tools to evolve your ragtag army against all odds.

Screenshots for Empires in Ruins 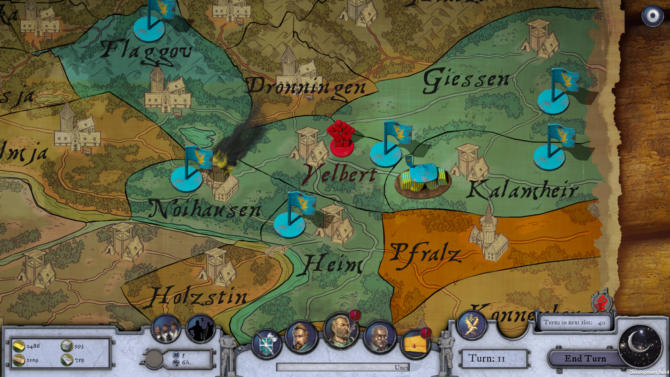 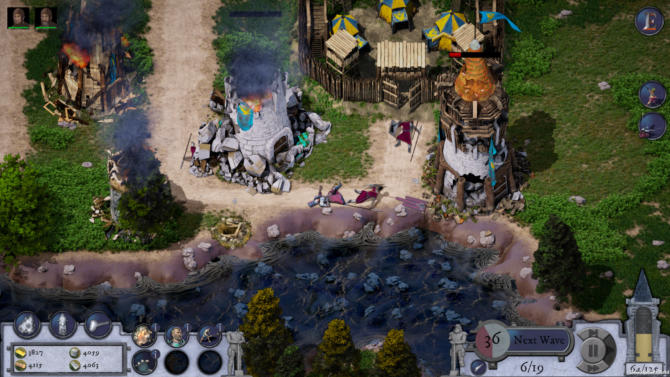 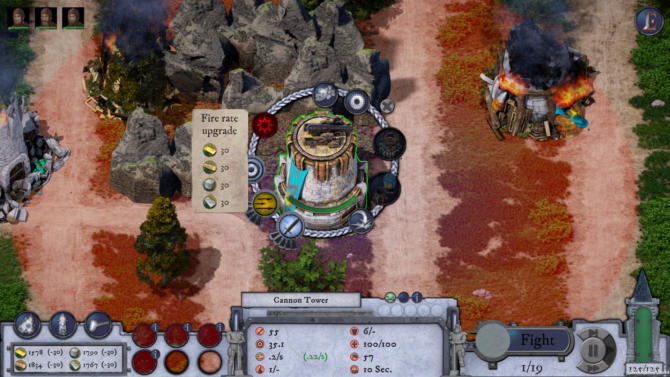