In Eight-Minute Empire, 2-5 players take turns selecting a card from the six displayed. This card gives the player a resource and also has an action that the player takes immediately. Actions help players take over the map, but the resources are worth points at the end of the game, so players have to balance the two aspects. Players spread across the map in order to collect points at the end of the game by having majority control in regions and continents.

Eight-Minute Empire is a super-quick area control game requiring tough decisions. It’s easy to learn and perfect for when you only have a few minutes. 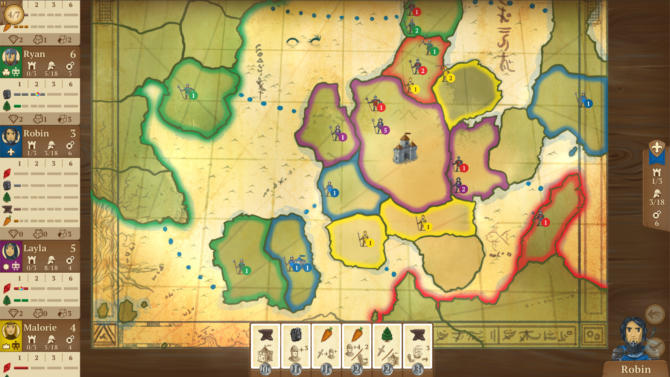 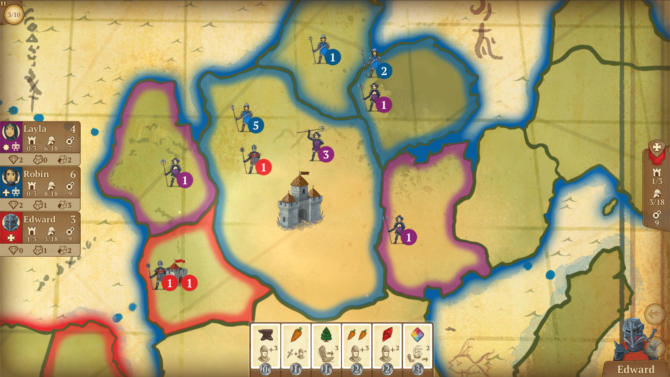 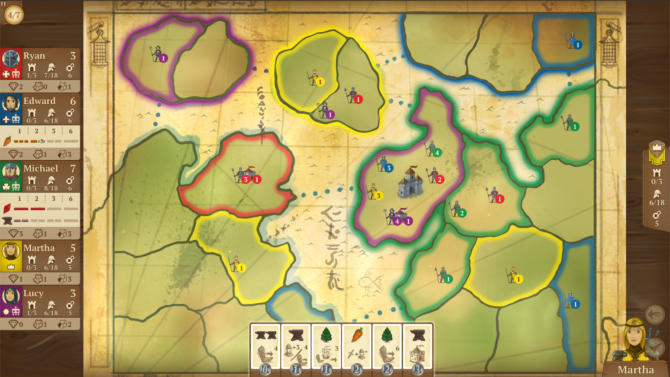