Contract Killer builds on retro arcade beat ‘em ups and paper aesthetics with chaotic combos, boss fights, hand-crafted pixel visuals, an original, jazzy soundtrack, and an emphasis on cooperation. Tackle the comical campaign with up to 4 players, unlock skins and new characters, fight against your friends, or try to survive an endless horde mode!

When the legendary Erasir was defeated, the world became overrun by contracts and other corporate minions, binding thousands to their legal demise. It’s up to Leadhead and his crew to traverse different regions and defeat the bosses that rule them in order to avenge their master and bring an end to the contract calamity!

Meet the cast, each with their own unique move sets and skins:
Leadhead – The pencil mascot himself. This all-around fighter is best known for his angry attitude and furious fighting style.
Penn – Ink it up with this vengeful city native who will stop at nothing to return his hometown to its former glory.
Mark – This clumsy combatant always has a white flag in hand… just don’t expect him to surrender.
Pomp – A pretentious paintbrush who treats every attack as a photo opportunity. Pompadours will never NOT be in style.

● Up to 4 player co-op across all modes
● Unlock new characters
● Experience the Story of Leadhead and his crew and defeat epic bosses
● Fight endless waves of contracts in Horde Mode with the help of various power-ups
● Challenge your friends in player versus player Battle Mode to test your skills
● Use an extensive kit of attacks for all your contract-killing goodness
● Master each character’s jabs, claps, grabs, ground-pounds, dashes, and projectiles
● Take on various corporate lackeys each with distinct behaviors and weaknesses to learn 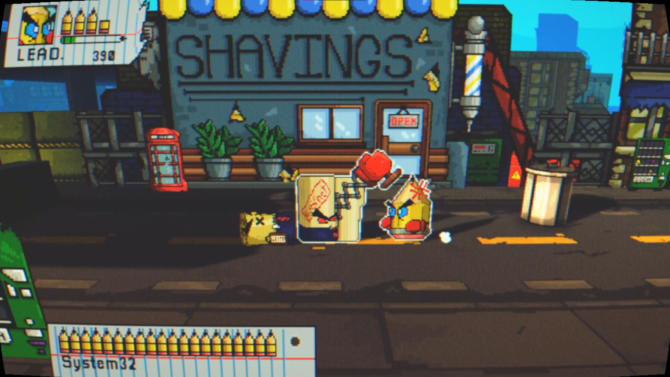 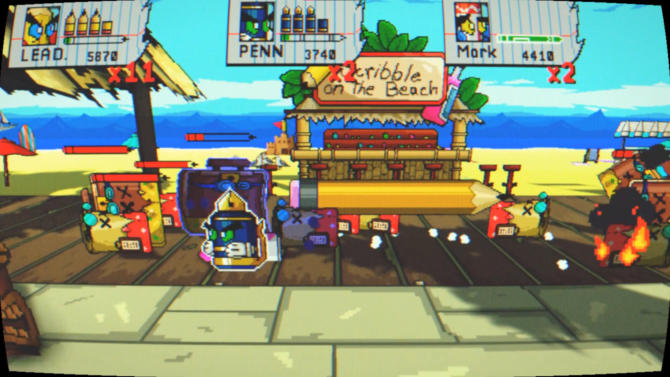 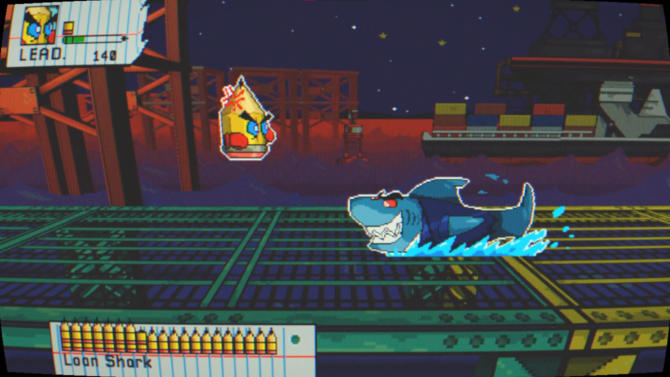