Raise a green revolution! Use the industrial powers of Hemp, and its mind-altering counterpart – Cannabis – to build a sustainable empire. Blaze Revolutions is a base building and real time strategy game set in the near future, where people are part of a totalitarian, digitized, and polluted world. One in which the giant SomaCorp and its many subsidiaries rule supreme through drone jobs and prohibition.

Play as Janet and Winston Blaze. Solve their father’s kidnapping. Unravel the mystery behind SomaCorp’s sinister plans, bringing it down in the process. You are tasked with finding outlaws and building a counter economy to sustain them. Your grassroots movement will thrive by hacking and fighting SomaCorp’s monopolies. Good luck and good hunting!

Be smart and don’t get caught. Sneak into enemy territory and find their weakness.

Create resources in farms and a factory line to fulfill the needs for liberation and to defend your revolution.

Win the hearts and minds of your followers. Increase the size of your revolution by spreading your influence across the city in order to liberate people from SomaCorp.

Defend yourself. Build strong defenses to protect the claimed territory and void raids by SomaCorp. 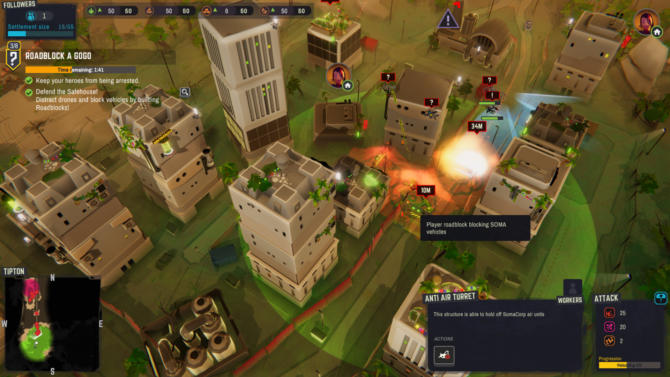 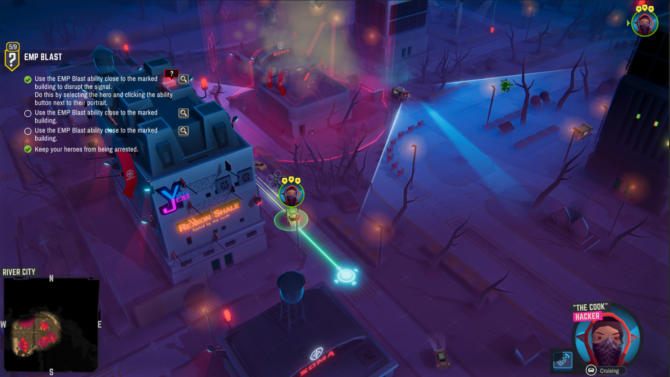 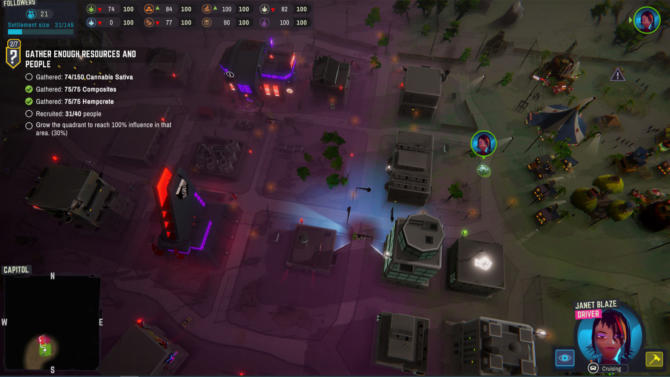