In Armoured Commander II, you play the role of a tank commander in World War II, leading your crew through a campaign in one of the major conflicts of the war. The game features over 50 campaigns set between 1939 and 1945, and over 500 unit types. The terrain map for each combat day and the types of enemies you encounter are randomly and procedurally generated, which means that each playthrough of a campaign will bring new and unexpected challenges. Your commander and crew gain experience and can improve their stats and gain skills over time, but they are also vulnerable to injury and may be seriously wounded or killed during the course of a campaign.

ArmCom2 is a game of survival rather than destruction. You will frequently find yourself outnumbered and outgunned. Your success in a campaign will depend on your ability to deal with a variety of challenges, and to make best use of all the tactics and tools that you have at your disposal. Different tanks, historical eras, and regions of the world will produce a very different play experiences, from the initial armoured clashes in Asia and Poland in 1939, to the final drive on Berlin and the Pacific Islands of the Japanese Empire in 1945.

The gameplay is turn-based, so you can pause and consider your options at any point in the game. You can choose to take on the role of your Commander, meaning that if your Commander is killed in the game your campaign ends (Permadeath), or you can continue playing through an entire campaign, replacing your tank and crew as needed.

Different campaigns are designed to include historically-based vehicles for you to command, friendly support units, enemy units, and different types of missions. Some campaigns will be easier than others, and historical battles such as Kursk or Operation Overlord are included. The weather, terrain, and length of combat day will vary based on your location in the world and the date in the calendar.

Roadmap for the Future

I have continued to issue regular updates for the since since leaving Early Access, adding additional unit types, campaigns, etc. I plan on adding campaigns covering all the major theatres of the war, including appropriate historical unit types, and new game mechanics for them where appropriate. There is also mod support, and full integration with Nexus Mods is planned. 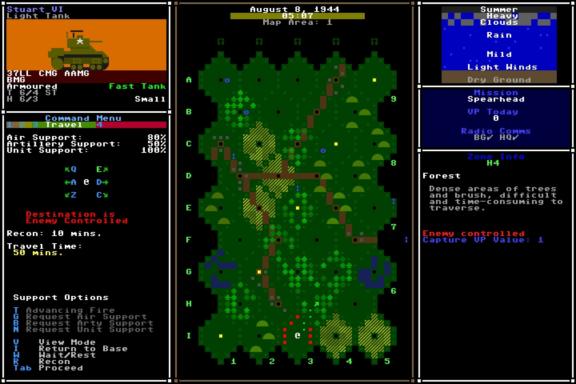 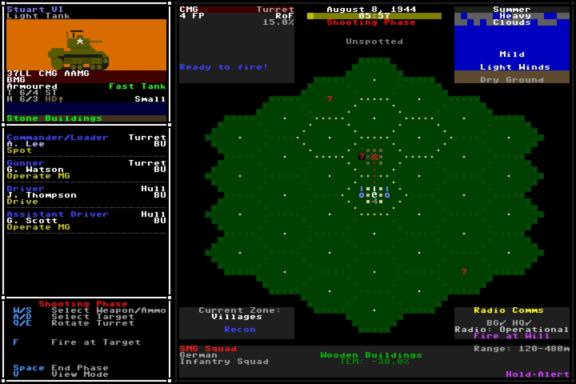 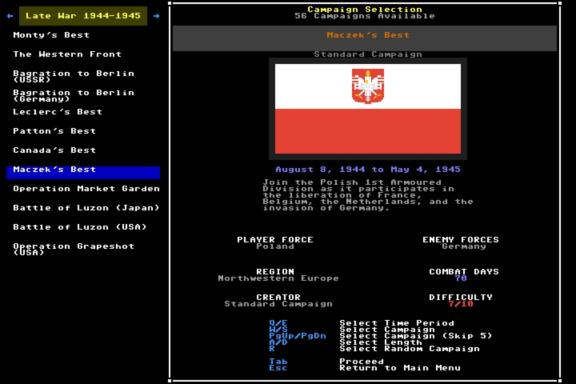