Character model upgrade: 4 Human characters and 2 Monster models have been upgraded, and there are 11 models to be upgradedScene model upgrade:
1. All 350 models of the scene, 27 models of Puzzles and 113 models of props were refined and reset, 255 texture were changed to 4K resolution, 182 materials were changed to PBR materials
2. In the middle area and attic of the tomb, the layout is changed and the lighting effect is optimized. The brightness is higher, the hierarchy is clearer, and the sense of terror is stronger. At the same time, the original global dynamic lighting mode is changed to static lighting + dynamic lighting mode, which realizes the smooth operation of 60 frames under 4K resolution

1. The difficulty of combat is reduced in an all-round way, and the HP of monsters with difficulty and Hell difficulty is reduced2. Change the original monster’s two resurrection to one resurrection
3. Monsters that die completely will shed a lot of blood, which is convenient for players to identify
4. Add blow the head system, the monsters who are hit will not be revived again
5. Remove the setting of monster Blink, players can escape from the monster with superb operation, continue to optimize the AI of all kinds of monsters, and solve the problems of monsters flying, monsters flurry and monsters blinking bugs
6. Two new monsters, moth and scorpion, have been added
7. Add 4 boss battles, the logic has been completed, and the experience is still being optimized.
8. Add JiuXun’s basic self-defense skill: Zhenhun, which can shake monsters from close range by releasing this magic spell. At the same time, soul shaking can break the spirit shield of moths. Zhenhun is a CD type skill. Details such as cooling time are still being adjusted during the test.
9. New map: eastern area of tomb chamber, cave, water channel, burial pit, owner’s real tomb, laboratory and final battle site. The process has been tested and the details are still being adjusted.
10. Comprehensive optimization of scene seamless loading, strive to achieve a smooth 60 frames in the full version
11. Add Rate system
12. Add ranking system
13. Add highest difficulty: Heaven (meet the extreme stimulation needs of hard core players…)
14. Add more achievements
15. Two branches and four endings of the plot have been completed and are still under test
16. Increase the infinite ammunition weapons with different difficulty after customs clearance, including infinite submachine gun, infinite pistol and infinite rocket launcher
17. Final boss battle optimization progress 90%
18. True • final boss battle optimization progress 90%
19. Support controller completion 80%
20. Scene baking completion 20%
21. Modify some existing bugs

Early Access: October 15，2020
Platform: Available on consoles like PS4/5, Xbox, Nintendo Switch… in the future.
This is a Early Access of a Survival horror game developed with UE4 by a small studio only has 5 people.The artification work is completed by only one person .So we are humbled to invite you to experience this work that we have done our best.

Background Settings
In the ancient time, the southeast of China boarder.
Numerous evil beings lived in the deep of mountains, and sought for chances to take lives.
To fight against the evil being, a secret clan was born.
People from the clan worshipped insects.
Which can be made into instruments to dispel evil beings.
In each generation, a girl from the clan would swallow a special insect.
The insect was raised as Gu on the cost the girl’s life so to active the power to channel spirits.
The duty of the girl was to protect the people there.
Gu Lady, that’s the title granted for the chosen girls.
From the Book of Miao Elders

Background:
Jiuxun’s Mutter
My name is Gu Jiuxun. I’ve lived for 5844 days. All those days were just the preparation for today.
In our village, people believed that three Hun and seven Po made a person complete. If one had been invaded by Evil Gu, he would gradually lose all the seven Po and became a horrible Spirit Loser. Once all seven Po had been consumed, a new Malicious Ghost was born. And it meant new disasters. Luckily, Gu Ladies, including mom, had ways to purify the poor souls
My mom, Wang Anru, was the last Gu Lady in the village. But she was missing ten years ago all of a sudden. For the past ten years, villagers lived without the protection of Gu Lady. On the land, people suffered a lot from plague and ghosts.
My sister Gu Jiuyue and I never stopped missing mom. From when I could remember things, villagers always looked at us with a mixed emotion. It was anger, fear, pity and hatred… until today, my birthday, my 16th birthday.
I would take the place my mother had left for me… I would become the new Gu Lady… to protect… yes, protect, these, villagers.
Everything required for the ritual had been well prepared long time ago, but no one had expected Viper Gu, one of the Spirit Channeling Gu materials, played dead and sought a chance to escape from the ritual. To help me catch it, Jiuyue rashly headed to General’s Grave, the forbidden site of the clan.
There was no time for me and grandpa Wang Shengli to think carefully. We just followed Jiuyue to enter the General’s Grave and watched something really, really horrible. A giant insect leg quickly stretched out and pulled Jiuyue into the Grave!
Oh my! Sister… Jiuyue!!!
No! If misfortunes must happen, I’d like to take it myself without getting you involved!
Grandpa worried about Jiuyue so much, he rushed into the grave. Though he was once the hunter leader in the clan, a trap triggered once he entered the grave.
Grandpa, Jiuyue. Hold on! I’ll get you out! I’ll save everyone! Because, because I’m the fated –
Gu Lady!

Terror game with classic over-the-shoulder third-person shooter gameplay. Defeat enemies in a complex ancient grave. Meanwhile, the responsibility to solve puzzles and save your sister is counting on you alone! But who is the owner of the grave? Could you find out his real identity? A history buried for thousands of years will reveal.

Scene of Over 1000 Squre Meters:
Well-designed routes and differences of height for maze challengers!

100+ Rooms, 50+ Puzzles, 100+ Unique Items:
Puzzles are designed based on traditional Chinese culture. Do you have enough knowledge to solve them all?If you love puzzle games,you won’t miss this game.

127 Character Movements:
Bring you a fluent and smooth gaming experience.

5 Types of Monsters:
Gu is from the culture of Miao People. In our game, Spirit Losers are horrible enemies who have been parasitized by Gu. And each of them has a unique movement pattern which will bring a lot of troubles to Jiuxun.

4 Bosses:
Well, use your brain to defeat them.

4 Original Weapons:
There are four types of weapons and six types of bullets which are based on the insects which can commonly be seen in Sichuan Province, China. Jiuxun has the ability to use insect body parts to make powerful weapons so to fight against her enemies.

Resource Shortage Fear:
You’ll always have a shortage in bullets and the backpack capacity is far from enough. What’s your next step? Can you come over the crisis again?

4 Endings:
Make your choice and embrace the ending you are moving forward to.

10 Hours Game Length
Rich game content can give you a fresh gaming experience. There’s nothing pulling the game progress back.

80+ CG:
Now you have a story to read, a Chinese Version Laura Grawford— Gu Jiuxun’s adventure.

12 Collections:
Chinese national treasures dated back before Han Dynasty are hidden in the game as collective items. Four-goat Square Zun, Galloping Horse Treading on a Flying Swallow, Jade Burial Suit… how charming they are? What are the stories behind? You’ll find out.

The Combination & Collision of 3 Viewpoints
Gu techniques from traditional Chinese culture, modern medicine and quantum mechanics will reveal the secrets of Hun and Po, the soul, from different aspects.

3 Types of Traditional Chinese Culture:
Han Culture, Miao Culture and Han Grave System
All game scenes and items are based on the culture of Han Dynasty. The grave design is a rework on the real Han Dynasty grave system. In the game, you can find lacquerwares, bronze mirrors, circular fans and other typical instruments of Han Dynasty. Also, the batik of Miao People can be found. Let’s see the beauty of Chinese culture.

3 Storylines:
The obvious adventure plot, the hidden story behind all and the ancient story of the grave owner. The three storylines together build a complete background of Gu Lady.

Screenshots for 蛊婆 Lady in Tomb 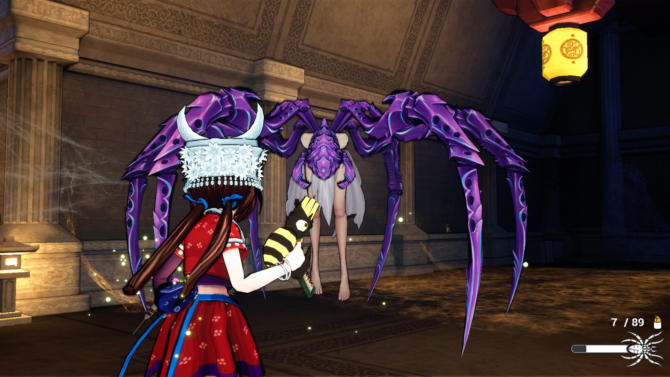 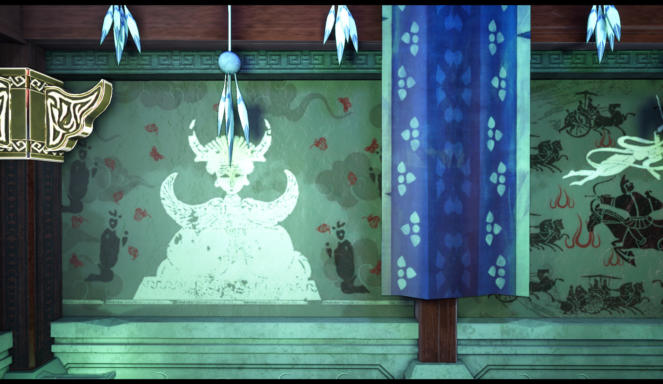 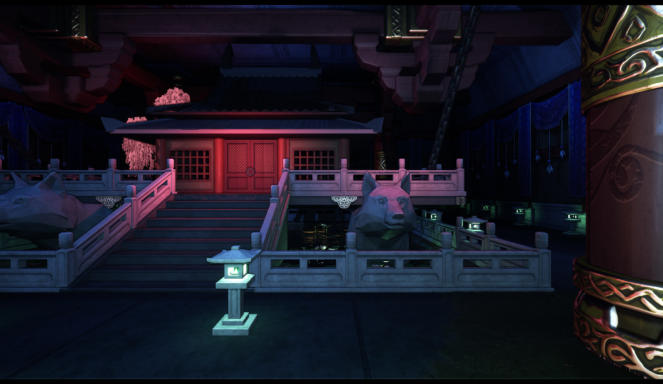